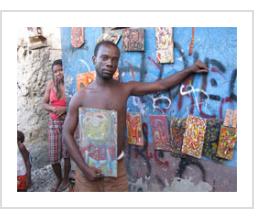 Jimmy Romain is a member of the "Gran Rue" community of artists who live in the alleys and shanty towns off of the Grand Rue (officially the Boulevard Jean-Jacques Desallines), and make art out of "recycled materials" (otherwise known as trash. Originally the main shopping street of Port-au-Prince, the street was in an advanced state of decay when I last visited in Novemeber 2009. Two months later when "Goudou-Goudou", the great Haitian earthquake struck on January 12th, most of the buildings along the street were destroyed. One of the few mercies of this catastrophe was that most of the people in theses shacks survived the earthquake, since their shacks were mostly single-storey, and built of tin , wood and other relatively light materials. 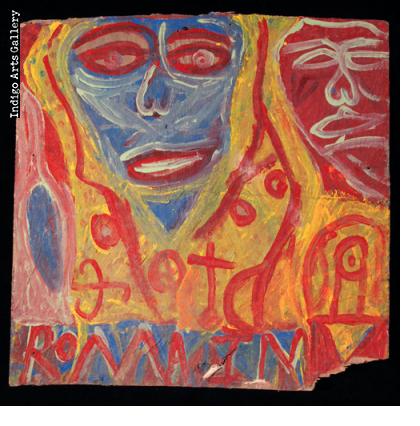 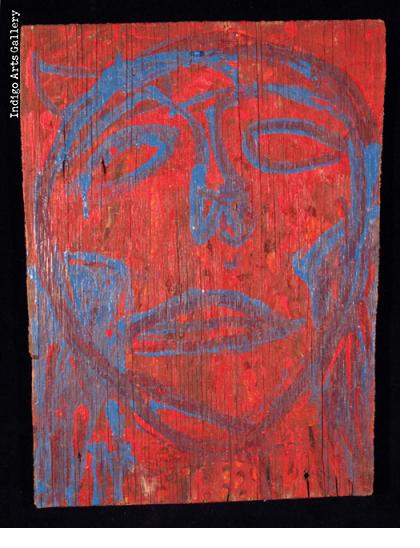 We are in the process of uploading items that have been sold, but which may be of interest to our customers.